Immediately upon leaving Fairhope, the dolphins greeted us, three of them crossing our path and then playing in our wake. We entered the Gulf Intra Coastal Waterway (GICW), and the landscape changed; we’ve left industrial Mobile and entered the playground of the Southeast. While, we still encounter commercial tows, white sugar beaches, and beautiful homes and condos with their water toys at water’s edge, line the coast. A short 20 miles later we arrived at Barbour Marina near Orange Beach, a lovely marina with nothing around.

The next day again, the dolphins greeted us and cormorants escorted us another 20 miles on a gorgeous, sunny 63-degree day east to Pensacola, where we slipped at Palafox Marina right downtown. We are finally in Florida! Here we hunkered down for a stormy day spent indoors at the highly-acclaimed Naval Aviation Museum. In the last few days, I had discovered that I left my Drivers License at home, and I discovered that it is absolutely imperative to have a government-issued photo ID to enter the naval base. This meant that Steve went to the museum alone, and I spent the afternoon doing things that I have trouble finding time to do when Steve is around. Steve’s report of the museum is that “there were lots and lots of planes.” 😂 I heard as much about his conversation with his cab drivers as I did about the museum.

Another 45 miles east found us in Fort Walton Beach. A number of military bases around here have been closed, but it seems that there are still a lot. As we cruised through “The Narrows” by Santa Rosa Island, planes took off and landed, and a cadre of 8 helicopters hovered. We arrived at Two Georges Marina at Shalimar, and one of the dock crew helping with our pump out saw that we’re from Indiana and told us his grandfather built the grain elevators and started the public library in Shipshewanna! Small world.

The sixty miles to Panama City was beautiful cruising, but we wished we had gotten an earlier start. Scenery turned from upscale residential to remote again, trading the red clay of Alabama for sandy, eroded banks. We eked into Lighthouse Marina just as the sun was dropping behind the horizon. This area having been heavily damaged last fall by Hurricane Michael, we feel lucky to have found any marina open. It was fun to be greeted by Dale and Merna Hartwig on The Journey, who spent a month (!) at Dog River, and we joined them for appetizers and lively conversation at the marina restaurant, Grand Marlin. Dale having been a hospital administrator, we had lots to talk about besides Looping. 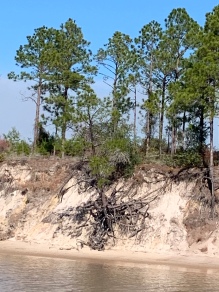 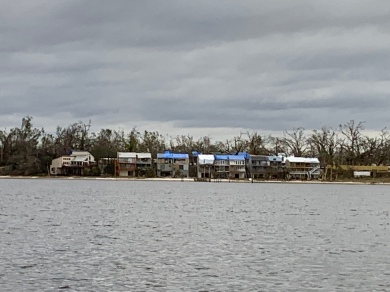 TV images of hurrican damage came to life as we observed the scenes. 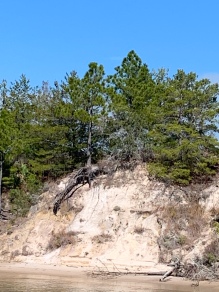 White City was a short 40-mile hop. We were sobered by hurricane devastation and felt an eerie absence of wildlife on a stretch in which the trees were snapped off and uprooted. White City, named for the Chicago’s Worlds Fair “White City” and both founded in 1893, boasts a population of 3700 and has a “ghost town” history. After a shyster named Colonel Meyers came to town, took down-payments for a land scheme, and collected residents’ savings for a promised bank, he disappeared. Scamming is not new. The next year, the area suffered a big freeze which wiped out all the crops and destroyed the local economy, scattering the desolate little community. 😭 We chatted for quite a while with a fellow who is living aboard his boat here at the free dock. He weathered the hurricane here with minimal damage to his boat, but after the 5-foot surge, his boat was left sitting on the pier. He said that recovery in this area has been heroic and, as a retired electrical engineer, he is amazed at the quick return of services. Still, he says that nearly half of Panama City was destroyed and will be recovering for years. 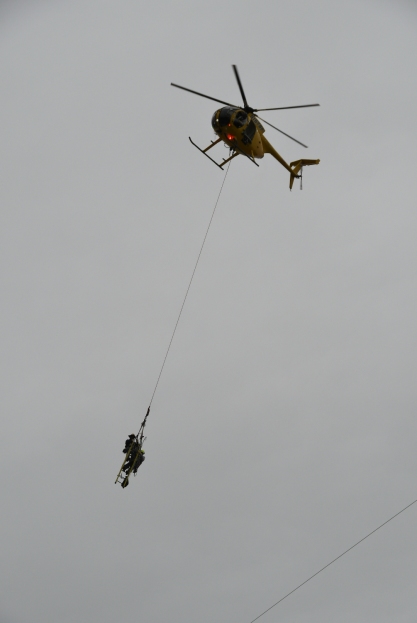 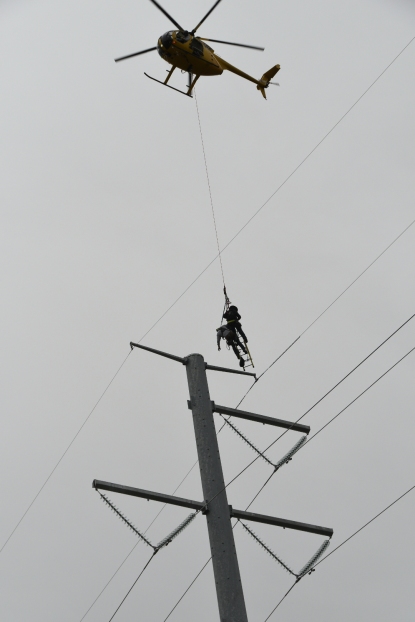 Now to the other side of the ICW. Yee hah! 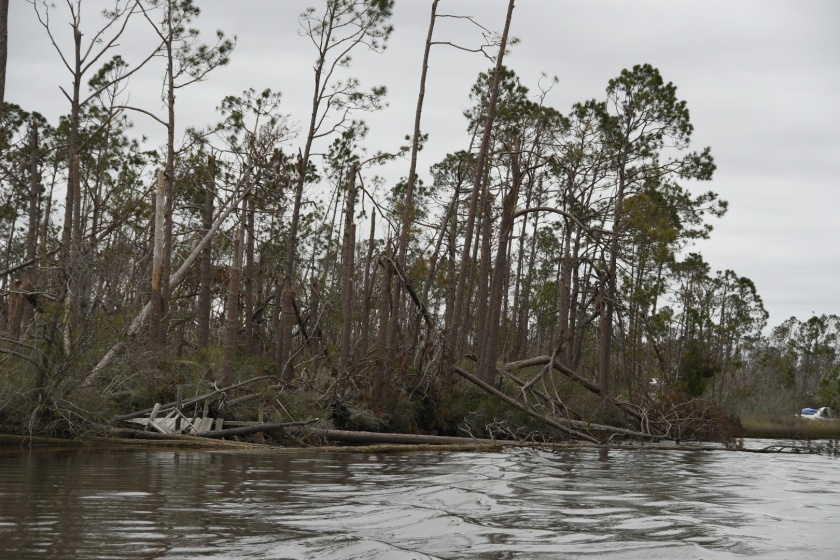 Last stop, Carrabelle! We experienced a nail-biting pass of a huge dredge just past Appalachiacola. Already a narrow channel in which we dinged a prop on our northerly trip in June, the dredge operators did little to assist us in our pass, and we fought to get to deeper water when our depth alarm sounded. Dolphins accompanied us now and again as we crossed the wide-open waters of Appalachiacola Bay and St. George Sound and we sighted a bald eagle. A tiny burg of 1300, with more people inside the local state penitentiary than living on the outside, Carrabelle, too, was hit hard by the hurricane. We found the brave little town to be rebuilding industriously and its inhabitants to be friendly. The coast line has a communist Soviet Union look, with grimy buildings, missing shingles, ramshackle piers, and clutter everywhere, but there are cute pockets in town.  Moorings Marina serves breakfast every morning to their guests, a couple notches more delicious than Holiday Inn Express fare. We met Gabe, a congenial Looping 11-year-old, who was walking his dogs and then met his parents at breakfast. And a big, long breakfast it was! Gabe came over in the afternoon and invited us to their boat for dinner, a casual, grilled pork chop dinner. Gabe’s dad was raised in the salvage tow business and has been on the Gulf in every condition imaginable, and he builds dragsters—he is an engine man! It is fun to hear his stories, and those of his friends Len and Terry, who have cruised all over the world for 40 years. We also met Gold Loopers Alan and Sherry   Johnson on Sea Jamm,  joining them for lunch at the cute Carrabelle Junction Cafe and then scoped out the glass bottle house, built by a local artist from wine bottles and mortar. Unfortunately, the artist was not around to give a tour, and the skies were cloudy, so the colors did not sparkle. Our to-do list includes installation of the engine compartment vent with its new louvers, laundry, frig defrosting, hair cut, group trip planning, and provisioning before our Gulf crossing tomorrow.